The Allied Social Science Association meetings wrapped-up on Sunday in San Diego. This is a consortium of many different economics-related organizations that hold their meetings together in the hope that there will be cross-fertilization of ideas and economies of scale. It is also the largest job market for economists.

For those of you unfamiliar with the Association for Social Economics, it is one of the founding 'allied associations' in the 'Allied Social Science Association' – participating continuously in the annual meetings for some 70 years. Founded in 1941, the ASE has a special focus on the intersections between economics, ethics, social justice, and identity – and what they mean for economic research, policy and education. The entire ASE program can be found on the website here.

Several blogs will focus on highlights of ASE's sessions at ASSA:

Paul Zak gave the plenary address, "The Neuroeconomics of Trust: The Moral Molecule." For the last 10 years Zak has been trying to find the biological origins of social instincts, as elucidated in Adam Smith's The Theory of Moral Sentiments (1759). Smith noted the strong biological imperative for human behavior and the powerful role of instincts over reasoning:

Thus self-preservation, and the propagation of the species, are the great ends which Nature seems to have proposed in the formation of all animals…. But though we are in this manner endowed with a very strong desire of those ends, it has not been intrusted to the slow and uncertain determinations of our reason, to find out the proper means of bringing them about. Nature has directed us to the greater part of these by original and immediate instincts (TMS, Liberty Fund edition, 77–78). 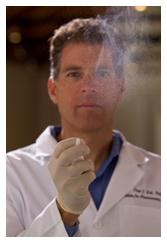 But how do these instincts work? Paul Zak, Director of the Center for Neuroeconomics Studies at Claremont Graduate University, has become a leading figure in the movement to understand the instincts that underpin social and ethical behaviors. Zak's book, The Moral Molecule appeared last May. It reveals the economic role of the hormone oxytocin, which Zak helped uncover by drawing copious amounts of blood from human subjects around the world. Indeed, Doctor Zak has become known as the Vampire economist. He's also known as "Doctor Love" for his famous hugs.

Zak's talk was inspiring on several levels, and produced a lot of commentary over the weekend. If you're not reading Paul Zak, you're being left out of a wonderful discussion about human sociability.