Home About Subscribe Teaching Guide
What explains the lack of criminal prosecutions related to the financial meltdown?
Same Sex Marriage in Virginia -- Ciao!

Do we need different types of tenure? On Adam Grant in The New York Times 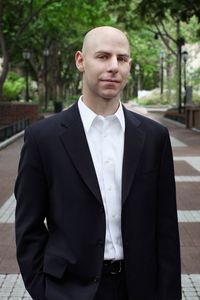 In an op-ed in today's The New York Times, Adam Grant, bestselling author of Give and Take: A Revolutionary Approach to Success

(and fellow blogger at Psychology Today), examines the current tenure system in American universities and the skewed incentives they provide for continued work after tenure:

It's no secret that tenured professors cause problems in universities. Some choose to rest on their laurels, allowing their productivity to dwindle. Others develop tunnel vision about research, inflicting misery on students who suffer through their classes.

Instead of abolishing tenure, what if we restructured it? The heart of the problem is that we’ve combined two separate skill sets into a single job. We ask researchers to teach, and teachers to do research, even though these two capabilities have surprisingly little to do with each other.

Later in the piece he recommends three different kinds of tenure: research-only, teaching-only, and research-and-teaching, each tailored to a professor's talents and drives.

Some universities currently have similar positions: some have research professors, for instance, and most have some version of a lecturer. As far as I'm aware, however, the lecturer position, while it may carry some form of tenure, is rarely considered equivalent to professor positions, which demeans the devotion of one's time primarily to teaching. So Grant's proposal would certainly be an improvement over the status quo in this regard.

Having three types of tenure would allow for more delineation of job responsibilities, improve the targeting motivation (as Grant argues), and provide more precise guidance to committees charged with granting reappointment, tenure, and promotion. (As chair of my department I serve on such a committee at my college.)

Ideally, however, a scheme like this would not be necessary. Since evaluation occurs at the level of departmental and college-wide tenure-and-promotion committees, they can lead in reforming this process (with changes in motivation flowing down from there). They should allow for faculty to have different orientations regarding teaching, research, and service (the often-forgotten aspect of a professor's job). They should be willing to assess each faculty member according to his or her particular mix, as long as they remained "productive" in whatever way they chose to further the mission of the college or university. Fantastic instructors should be valued as much as prolific and acclaimed researchers, as well as active campus citizens and the faculty members who successfully combine two or even all three of these roles.

As I advocate for in my committee, all three roles are essential to a flourishing university but not every faculty member should be expected to excel in all. As economists know, there can be enormous benefits to specialization of labor, and I would like to think these benefits can be realized without creating additional bureaucracy and proliferation of tenure-tracks. While I agree with Grant's concerns, I would prefer to encourage plurality within the existing tenure system rather than making it more complicated. But this relies on those responsible for making personnel decisions to adopt this pluralistic mindset—and if they cant (or won't), then multiple tenure tracks may be the next best option.

(By the way, for a humorous look at this topic, see The Onion's recent post here.)

I entirely agree. Pluralism within the existing tenure system addresses several concerns. One is the life cycle. When I was starting out my university was mostly teaching oriented. I taught many different sections each year. I also had an enormous service load. After getting tenure my research took off as the university was willing to lower loads on those doing research. Faculty negotiate what they think their contribution can be, and get different teaching loads and different performance evaluations, accordingly. A good mix of teachers and scholars can result, but one does not have to be locked into just one role over one's career.

One size does not fit all. At the same time, I don't like a two- or three- tier system in which faculty members are accorded different status. This degrades the system of self governance.