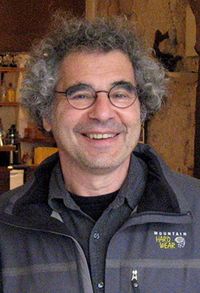 In today's installment of The Stone in The New York Times, Gary Gutting interviewed philosopher of economics Daniel Hausman about the role of economics in public policy and the media. Hausman usefully points out the limitations of economics in predicting the outcome of real-life crises (such as the current Greek crisis):

Speaking of the predictive power can be misleading. Scientists (and I include economists) are not fortunetellers. Their theories only allow them to predict what will happen if initial conditions are satisfied. Elementary physics enables us to predict how long it will take an object to fall to the ground, provided that gravity is the only force acting on the object. Predicting how long it will take a leaf falling from a tree to reach the ground or where it will land is a much harder problem.

The problems that we want economists to help us solve are more like predicting how leaves will fall on a windy day than predicting how objects will fall in a vacuum. Economic phenomena are affected by a very large number of causal factors of many different kinds. The Greek economic crisis is extraordinarily complex, and it has as many political causes as economic ones. Standard economic theory provides useful tools, but it focuses on a very limited range of causal factors — mainly the choices of millions of consumers, investors and firms — which it simplifies and assumes to be governed entirely by self-interested pursuit of goods or financial gain. When one recognizes all the other factors that affect economic outcomes, from government policies to the whims of nature, it is easy to see that economists cannot predict the economic future with any precision.

When Gutting asks what help economists can provide in debates over public policy, Hausman's answer places economics much closer to philosophy than physics: "They tell us which are the right questions to ask... Knowing what to ask is enlightening even when it is hard to find the answers." In other words, economics provides focus to help policymakers choose the means that will best further their ends, wherein both means and ends are ethically loaded concepts as well as economic ones.

(Hausman also highlights the biases of economists as well as the journalists that write about them, and deftly resists Gutting's attempts at the end to goad him into going political or condemn some economic theories as having "no scientific support.")

There are cognitive limits to what can be learned about such a complicated system as a modern market economy, and there are practical and political limits to our ability to make use of what can be learned. Within these limits, economics can be of use. I fear this is faint praise.

I don't think that's faint praise at all; rather, it reflects appropriate humility toward a realm of study that is often called upon to decide issues that are outside its purview. And it leaves tremendous room for economics to contribute to—but not determine—the choices of policymakers

As Hausman recognizes, economics can be of invaluable use to policymakers in terms of analyzing aspects of a problem that relate to prices, output, and simple measures of well-being, and it can often predict many significant outcomes of alternative policies to inform policymakers. But economics cannot dictate policy choices that are, by their nature, inherently moral or political choices as long as it refuses to acknowledge and either embrace or question its moral and political foundations.