Former Vice-President Joe Biden recently recounted how he had worked with segregationists to achieve results during his time in the Senate. What followed was a howl of protests from Democratic Party Presidential contenders and others.  The rant seems to be that one should never consort with the enemy, and admitting to such is tantamount to treason.

I buy into this argument at a raw emotional level: there are some people whose values I loathe so much I could not imagine not quaking with rage if I were forced to sit next to them at a dinner party, or be seated at a conference table. But that’s me, and I’m not much of a leader.  Perhaps effective leaders—in democracies anyway—have to demonstrate stronger character traits than I, in being able to confront evil with a self-control needed to get things accomplished. 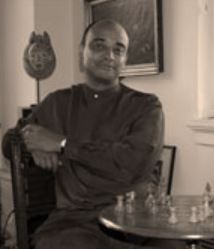 Kwame Anthony Appiah has an interesting article in this morning’s NYTimes about why so many Democrats seem intent on bludgeoning Biden for reaching across the aisle (although he never mentions Biden).  Appliah is a philosophy professor at New York University and the author of Experiments in Ethics (2008), from which I assign a useful chapter in my course on Ethics and Economics.  Appiah thinks outside the box, and most recently published The Lies That Bind: Rethinking Identity (2018), which I haven’t read, but I imagine conforms to his thinking in this article.

The gist is that many Americans, at this point in our history, have told ourselves some comforting lies about freedom and political reform, and established a mythology that beleaguered minorities must always lead and direct their own deliverances (think of Moses leading the Israelites to the Promised Land). This myth of self-determination replaces an older myth, that African slaves (for example) were passive and accepting of their state and grateful for the benevolence of their masters:  Appliah notes:

“And the narrative we’ve come to cherish [today], when it comes to the rights of historically marginalized groups, is that of self-deliverance, in which the oppressed defy and ultimately defeat their oppressors. Indeed, we’ve come to distrust anything that looks like a politics of benevolence.”

“The narrative of self-deliverance has been immensely valuable, directing attention to overlooked forms of everyday political resistance among the relatively powerless. It’s important to know, say, how slave preachers in places like Jamaica and Barbados, as well as the American South, deployed biblical imagery of freedom to help create unrest and outright revolt. But as the archives of the past give way to the anthems of the present, the narrative of self-deliverance, which once enriched our understanding of liberation, has come instead to impoverish it.”

Appiah gives examples from the gay rights movement, in which a heterosexual in England’s parliament led the crusade to decriminalize homosexuality. “Only those who need no rescuing can pick and choose among their rescuers.”

“Whether the Stonewall myth [of self-deliverance] ultimately proves enabling or disabling will depend on whether it can accommodate the complex history of social progress. That history, honestly recounted, is filled with complication, defiance, compromise and, yes, even benevolence. We need to make peace with it. The most usable past of all may be the truth."

THIS IS FROM JONAS FEIT:

Since Typepad confounds me once again, I’ll comment in this manner. I’m historically a big fan of Appiah’s reasoning generally, but here he seems to tread too closely to a general case of the ‘white savior’ concept. I think that what people find so odious about Biden’s comment is that his ability to brush off the underlying philosophies of Eastland, Talmadge, and their like is a function of his whiteness. (And I’m generally a Biden fan, mind you.) I’m also a (big) fan of Lyndon Johnson, especially for what he did for black and brown people, but he’s not my model of a savior. While we sometimes have to settle for the saviors we’ve got, it’s always worth considering if we could do better, and that seems to me to be at the root of the criticism of Biden. Feel free to include this as a comment in your post if you can navigate Typepad better than I can.

Jonas, I liked your comment that "we sometimes have to settle for the saviors we've got..." I think that is generally true, not just true in this case. Yes, we can always hope for better, and in the process let's not let the best be the enemy of the good.... Cheers, JW