Don Ross on economics' convergence with sociology (not psychology) 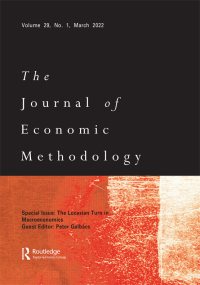 Forthcoming in the Journal of Economic Methodology, currently available online (and open access), is a paper from Don Ross (University College Cork) titled "Economics Is Converging with Sociology but not with Psychology." The abstract is as follows:

The rise of behavioral economics since the 1980s led to richer mutual influence between economic and psychological theory and experimentation. However, as behavioral economics has become increasingly integrated into the main stream in economics, and as psychology has remained damagingly methodologically conservative, this convergence has recently gone into reverse. At the same time, growing appreciation among economists of the limitations of atomistic individualism, along with advantages in econometric modeling flexibility by comparison with psychometrics, is leading economists to become more pluralistic than psychologists about the ontology of behavioral causation and structures. This, combined with economists’ growing interest in network models, is drawing economists closer in theory and practice to sociologists who use quantitative or mixed methods.

He elaborates on the second page of the paper:

My talk about economists and sociologists becoming ‘partners’ should not be read as forecasting or advocating institutional amalgamation. I refer only to increasing interest in similar topics, with consequent convergence on some methodological elements because part of what drives methodological evolution in sciences are features of application targets. The pattern whereby, through the rise of behavioral economics after the 1980s, an array of concepts and experimental practices from psychology spread into mainstream economics, is my template here. The main claim I aim to defend is simply that that penetration has passed its high-water mark and gone into recession, but that we should now expect a period of enhanced conceptual and methodological seepage between economics and sociology. This predicts increased cross-citation across the disciplinary line, and increased frequency of both interdisciplinary and multidisciplinary collaborations. I do not predict that economics departments will start hiring sociologists, or vice-versa.

As always with Ross's work, this is an intriguing and provocative read, with copious references for those new to this line of thought.