Mehmet Cangul on an upside to a reduction in employment 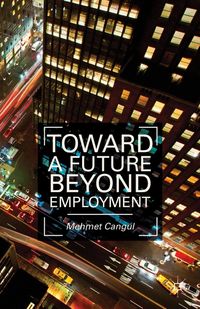 Much has been written recently regarding Obamacare's predicted effect on employment and, even more recently, on the CBO's report on the effect of increasing the minimum wage on same—see, for instance, Ross Douthat's latest column, "When Work Disappears."

As it happens, I was fortunate enough to see an advance copy of Mehmet Cangul's upcoming book Toward a Future Beyond Employment

, in which he argues that there can be an upside to a gradual reduction in employment, but that society needs be re-evaluate its ideas about work, consumption, and leisure in order for that to happen. (I have an older piece at Psychology Today along the same lines, so I was drawn to Mehmet's arguments.)

I asked Mehmet if he would write a short piece for Economics and Ethics addressing the recent Obamacare controversy, and he graciously agreed. Below is what he wrote:

The recent Congressional Budget Office Report, revealing Obamacare would cause more than 2 million job losses, has caused much stir. Republicans have been quick to point out that they were right all along about Obamacare’s cost on jobs and business. But the White House defended the result, arguing that much of the job loss will come from people choosing not to work and instead focus on their “dreams.” Their reasoning is that healthcare subsidies for the lower ladder of the income scale would enable workers to “escape” jobs that they would otherwise stay in only to keep their healthcare coverage. Some on the right have been quick to ridicule this argument about expanded choice, framing it as a last-ditch political effort to make the best of an embarrassing revelation.

However, we should take a pause from politics and ask this intuitive question: does it make sense that people would continue to work at jobs they would rather quit just so they can have affordable healthcare? This is in fact a severe distortion that prevents the full realization of what the American economy has already inherently achieved, more choice.

This is one of the core ideas of the book I wrote, Toward a Future Beyond Employment, that will be published by Palgrave this April. My main argument is that the Western economies that have been able to incorporate their technological progress structurally to their economic production should be able to afford more free time for their workers. Due to certain economic inefficiencies and cultural biases, however, the system is not able to fully internalize this opportunity. If Obamacare will give workers more choice, and ultimately more time, this should be welcomed, not attacked on the basis of a dogmatic cling to political correctness about job loss.

Some have argued that a declining work force would pose problems for economic production as jobs would increasingly be harder to fill. However, the trend of technology and automation points otherwise. The more sophisticated and nuanced automation becomes, the faster we will converge toward a paradigm where the demand for human labor will become either irrelevant or severely reduced (in terms of both laborers and hours) even in areas where we would never imagine robots could toil on our behalf. Just as the technological shift of manufacturing eliminated jobs in physical production, a parallel structural shift is taking place in non-tangible jobs such as administration. Increasingly more sophisticated software technology is rendering mental labor less relevant as well.

Does this mean more people will be idle without a purpose? This is a caricature. In truth, it only means that society will have to translate the time savings from this labor elimination toward alternatives that give individuals more choice and creative satisfaction while certain industries and their potential for traditional job generation face a natural decline. The economy is no longer one of industrial and material production, but instead operates on the basis of the production of ideas and concepts. More time away from declining traditional work structures should naturally enable more people to contribute to the production of ideas on an individualized basis.

In my book I argue that this is the next stage of economic advancement that Western economies face, and will result in higher welfare based on people having more time to use as they wish. Public policy that accommodates this evolution by expanding choice should therefore be encouraged. While Obamacare will continue to be debated on multiple grounds, its impact on jobs has to be considered more thoughtfully beyond headline numbers and short-term political gain.