How do newcomers to America—particularly those recently under the yoke of communism—view the protesters on Wall Street? 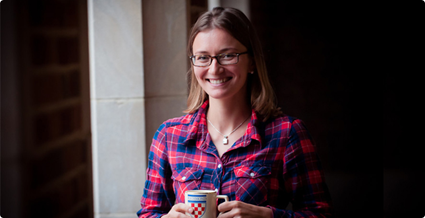 Professor Kuraszko recently traveled to NYC and had a chance to visit with the protesters. Here is her report:

I joined the protesters at Wall Street with the assumption that there would be some clear thought what we could change currently in the reality we live in. I felt sorry for people who had banners with Lenin and Marxism thoughts!!! I was trying to explain [to] them what it really means...I must admit I was disappointed because the group had no idea about the history and the systems which exist in Europe for example. In Europe, especially in EU countries the socio-economic system is normal daily routine. People protesting at Wall Street think that there is only Marxism and Capitalism as its opposition, which is narrow-minded because in a truly democratic system everything is mixed – people have equal chances and the government protects their rights, so many trends exist in the same time without mutual exclusion.

I had the impression that they have no necessary knowledge about the social and philosophical fundaments of American system, some of them admired Marxism and Lenin's ideas…so it is visible that for them there only two systems: capitalist and socialistic, so they do not understand that for example in Europe there is socio-economic (mixed capitalism thoughts with social feeling of community, nation, nature, culture) and in USA there is mostly the economic one. There are no socialistic systems today, everything is mixed and the history shows that socialism was extremely harmful for people. Poland, Czech Republic and many Eastern European countries were firstly bloodily attacked and then forced to implement this system (no civil rights, no freedom of speech, no economy development because of lack of entrepreneurship). So what I want to explain is that people at Wall Street do not understand the origins, the history and the evolution of the systems which they talk about. Why don't they admire A.Smith and J.Rawls? Why don't they have a look at their works? It is about freedom and social justice. The thing is that pure socialism can exist only in kibbutzes in Israel, I went there and saw it, it really works because the participants are tied with blood, family, cousins and they live for God.

Anyway, most of those nice young people at Wall Street just want to protest against the system but without having any clear vision how the current one should look like in their opinion, no leadership or leading thought. Some of them told me that religion is horrible because it closes people's freedom… The thing is that in Poland the Church was the main place where people heard about: individual freedom, about their dignity, about freedom to take decisions, about the right to have faith and hope, about the responsibility for their lives, about being individual unit, so how can we tell that religion always closes people's mind? What about opening people's hearts?

I saw many volunteers helping with food, some doctors who wanted to see patients without insurance… but my cousin, who is cardiologist in NYC, told me that those doctors will be probably sued to the court by those patients if they feel worse. Strange, so it means that the system encourages the doctors not to help the patients in need who are without insurance, so what about the social mission of being doctor? It is gone with the wind? But still I do not think that Lenin has an answer to that challenge, the answer is in people's hearts.

Thanks, Professor Kuraszko, for sharing your insights!