How does lack of desire compare to its satisfaction?

A fascinating article in the latest issue of Utilitas (23/4, December 2011) by Toby Handfield (Monash University) titled "Absent Desires" takes up the issue of absent desire in relation to satisfied and frustrated desire, arguing that having absent desires is incommensurable with having satisfied desires:

What difference does it make to matters of value, for a desire-satisfactionist, if a given desire is absent, rather than present? I argue that it is most plausible to hold that the state in which a given desire is satisfied is, other things being equal, incommensurate with the state in which that desire does not exist at all. In addition to illustrating the internal attractions of the view, I demonstrate that this idea has attractive implications for population ethics. Finally, I show that the view is not subject to John Broome’s ‘greedy neutrality’ worry.

This has obvious relevance for Stoic ethics and normative population studies (as Handfield notes), but also Buddhist thought as well as standard welfare economics (for example, the measurement of well-being when demand is affected by advertising, creating a desire that was previously "absent").

UPDATED: Procrastination featured on "To the Best of Our Knowledge"

[UPDATED with the link to the actual podcast]

Two contributors to The Thief of Time: Philosophical Essays on Procrastination

, Jennifer A. Baker and (co-editor) Chrisoula Andreou, will be featured on the national Peabody Award-winning radio show “To the Best of Our Knowledge” on January 23, 2011. Air times for the Public Radio International/Wisconsin Public Radio show vary by station, but a podcast is available here. Baker, in particular, will discuss whether procrastination is a vice in the virtue-theoretical sense of the term, as she does in her Thief of Time chapter. (See here for more details on the show.)

The Moral Psychology of War (tpm's Idea of the Century #42) 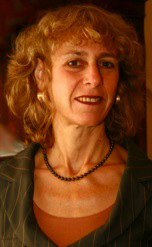 As Jonathan noted previously, the philosophers' magazine (tpm) has been running a series of the top 50 Ideas of the 21st Century, and today's entry, #42, is "The Moral Psychology of War" by one of my favorite philosophers, Nancy Sherman, author of The Untold War: Inside the Hearts, Minds, and Souls of Our Soldiers

, Stoic Warriors: The Ancient Philosophy behind the Military Mind

, Making a Necessity of Virtue: Aristotle and Kant on Virtue

, and The Fabric of Character: Aristotle's Theory of Virtue

Going to war inevitably turns policymakers and academics to philosophical justifications of war and its conduct. And so, unsurprisingly, there has been a renaissance over the past ten years in just war theory. But what we need moral clarity about is not just whether a war or its prosecution is justified, but how soldiers bear the moral weight of war. Soldiers go to war to fight external enemies, in Iraq and Afghanistan today, or in Europe and the Pacific in my father’s era. But most, at least the honest among them, fight inner wars as well. They wrestle with the guilt of luck and accident, and the uneasy burden of killing and leaving the killing behind. For some, what weighs heavy is the sense of betrayal that is part of the moral shadowland of wartime interrogation – of building intimate rapport with a detainee only to exploit it. For others, the moral burden comes with killing civilians, as part of the permissible, but no less wrenching collateral damage of war.

Baker, "A Stoic Defense of the Market" (from Accepting the Invisible Hand)

Today we continue our preview of Accepting the Invisible Hand: Market-Based Approaches to Social-Economic Problems

From the introduction to the chapter:

The moral relevance of general affluence is often overlooked. We might wish for humane conditions, we might talk of human value, but short of some minimal level of general affluence, life is too grim to entertain ethical notions beyond it. It seems we can hardly count the very poor of the world into our moral considerations. If everyone has to be considered, “well,” the ethicists seem to harrumph, “then we are dealing with too much need and everything thought conventionally moral is off the table!”

In this chapter I would like to offer a corrective, a way to acknowledge the moral significance of general affluence without disassembling conventional morality. To do this we have to recognize that markets are our only means of bringing about general affluence. We have, literally, nothing else capable of doing the job. Yet markets are, for reasons we will go into, left out of our moral calculations. We either suggest “it isn’t personal, it’s just business” in the hopes that all moral bets are off when we are engaging in trade, or simply live with the cognitive dissonance of refusing to integrate our support for markets with the rest of our beliefs about what is good. (p. 69)

For many reasons, it will be helpful to point out a way in which we can situate support for general affluence within conventional morality. Clearing up the deep confusion we so often display about the role of ethics in the market is one, clarity about our own behavior is another, and what we owe other humans worldwide is a third. After reviewing approaches that will not work, I will offer a means for this. I argue that the solution is to organize our thoughts about morality using an ethical theory—Stoicism—that has a two-level structure. One of these must acknowledge the value of material inputs to human life, and the other must function to maintain a standard for personal choices. How these levels serve as a framework for making choices we already admire is what I aim to demonstrate. (p. 70)

Baker surveys the difficulties with justifying the market using standard theories of moral and political philosophy, as well as attempts by economist-philosopher to do so, before laying out her Stoic alternative, based on essential concepts thereof such as indifferents, neutrality, and the bi-level theory of value.

Is the market just? Not in the sense that it meets some discrete ideal of political good. The market, not being an ideal, simply cannot measure up to such standards. If we are to dismiss it as amoral, we are left without guidance when it comes to how we should act in the market. Far better is to determine that the market has a peculiar status of “just enough.” It is not glorious. It is never how we would prefer it to be and never as good as it could be. But humans thrive in market-based systems and can do so without the cost of horrific violations of human dignity. Higher standards cannot be imposed on a social system until the possibility of meeting these higher standards exist. We are not to expect too much, or to confuse political ideals for actual social good. (p. 83)